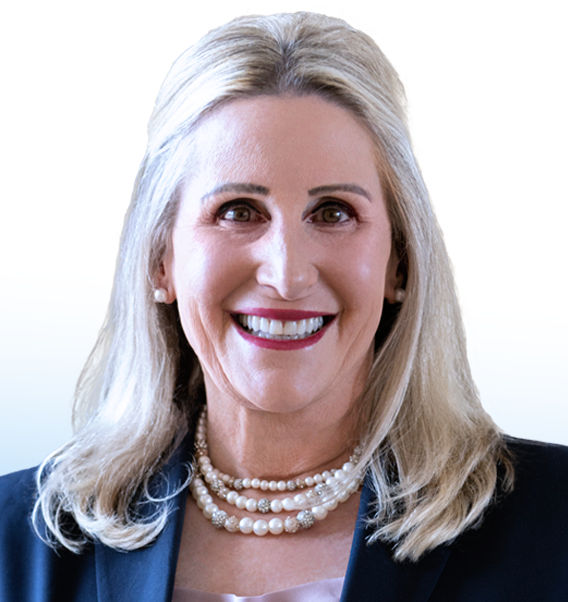 Dr. DeRoo joined Hazelden Betty Ford in 2020 as medical director of the Betty Ford Center's three facilities in California, located in Rancho Mirage, West Los Angeles and San Diego. She is a Distinguished Fellow of the American Society of Addiction Medicine and a member of the American Association of Addiction Psychiatry and the American College of Obstetricians and Gynecologists. Dr. DeRoo's extraordinary record of accomplishment includes a 24-year career in the U.S. Navy.

After completing her undergraduate degree in psychology at Connecticut College, she became a Naval Flight Officer and, during two deployments on aircraft carriers, led 40 missions on a combat control aircraft known as the Hawkeye. She was the first woman assigned to her combat squadron.

While in the Navy, she earned a scholarship to attend the University of Florida College of Medicine and became an OB-GYN. That led to other assignments, including a humanitarian mission to the South Pacific and a fellowship in reproductive endocrinology and infertility with the National Institutes of Health. She has delivered thousands of babies. Prior to retiring from the Navy in 2016, Dr. DeRoo earned her second board certification—this time in addiction medicine.

Given her dual medical specialties, Dr. DeRoo is a leading expert on maternal and fetal health implications of substance use disorder treatment, including medications for opioid use disorder during pregnancy. Prior to joining Hazelden Betty Ford, she worked at the University of Virginia's Culpeper Hospital and at several clinics treating patients with opioid use disorder. She was also elected president of the Virginia chapter of the American Society of Addiction Medicine.

In addition to her pioneering accomplishments in medicine and military service, Dr. DeRoo anticipates earning a master's degree in business administration at the University of Virginia's Darden School of Business in May, 2022.

An expert on maternal and fetal health implications of substance use disorder treatment, including medications for opioid use disorder during pregnancy.