America Is Aching to Talk About Addiction

The fact that Chris Christie's short speech about addiction, of all things, drew such widespread attention tells you Americans are aching to talk about this public health issue. In a video viewed more than 7 million times in a single week, Christie eloquently made the case for new attitudes and approaches to addiction, opening the door even wider for an important national conversation that ought to spill over from the presidential campaign trail to dinner tables, coffee shops and public policy halls throughout America.

We all know politicians read polls, and addiction is polling as the No. 1 issue in New Hampshire, where the first presidential primary of 2016 will be held Feb. 9. We see the headlines every day that people are dying in record numbers. Indeed, more people are dying from drug overdoses than any other accidental cause. But the addiction issue is also polling high because people are finally deciding it's OK to talk about it—that we need to talk about it.

We learned in a new study published this week that white middle-aged Americans have suffered a startling rise in their death rate since 1999, and that the sharp reversal of progress toward longer lives is most attributable to a surge in overdoses from prescription opioids and heroin, liver disease and other problems that stem from alcohol use disorders, and suicides. Wow! In my lifetime, few things have been more reliable than the steady growth in life expectancy. The evidence just keeps growing—addiction has become our No. 1 public health crisis.

It's a cultural crisis too—not one of morals, as some have argued throughout history, but one rooted in widespread disconnection, discomfort and discontent, not to mention displaced public priorities that result from persistent misunderstanding of addiction as a simple choice, rather than a complex disease.

We cannot ignore that too many people are suffering in today's culture. We eat worse. We sleep less. We move less. We talk less. We are increasingly tied to our technology. We worry about what we're missing instead of what we're doing or who we're with. We compete more and cooperate less. We take less time to contemplate meaning and spiritual questions. We hurtle through life at breakneck speed, seeking the comfort of things while remaining oddly disconnected from each other on intimate matters such as "why are we here?" We avoid fully experiencing life because it's uncomfortable. Instead, too many people like me escape with alcohol and other drugs, food, gambling, sex, work, electronics—anything to distract and anesthetize us from the discomforts of being human.

It's in this climate that we still celebrate alcohol use and misuse, and that we overprescribe medications. It's in this climate that we minimize the dangers of marijuana, which may not cause young people to drop dead but irrefutably causes many to drop out of life. It was good news that Ohio voters rejected the legalization of marijuana this week. But I'm afraid they rejected their ballot issue because it created marijuana monopolies, not because they thought, as I do, that it would harm more lives than it helped.

Here's the thing, though—living doesn't have to be so uncomfortable. We learn that in our recovery from addiction. When we engage with other human beings on meaningful matters, and begin to lead contemplative lives that keep us focused on others instead of ourselves—our spiritual essence gets healthier and life becomes more comfortable. We become seekers and learners again, conscious enough to seize individual days and breathe life into our lives. The problem is that too many of us "hit bottom" before we discover that there's another way to be in the world—that something real and profound exists in our relationships to each other and the universe around us.

In many ways, we need a cultural renaissance—the kind that recovery often brings to individual lives and that, on a macro level, could act as a protective factor against the public health issue of addiction. But the fact remains—attacking addiction from a cultural perspective has not worked—not because culture is irrelevant—but because it's only part of the picture and, more importantly, because such efforts have typically focused on how we behave, rather than why we behave the way we do. This, in turn, has led to counter-productive stigma, minimal help-seeking, and a troubling emphasis on criminal punishment that inhibits, rather than promotes, treatment and recovery.

Now, finally, there are promising signs that America may begin to attack addiction from the other angle—the public health approach.

It has been amazing this year to see the addiction conversation expand to include police chiefs, Members of Congress, President Obama, 2016 presidential candidates, prominent media figures, celebrities, moms, dads, sons and daughters everywhere.

Some are still stumbling through the conversation, but nevertheless, Americans are talking! And, not only that, but more and more are actually using the stigma-busting language and message of recovery advocates, whose hard work over the years has begun to break through on a wider public scale.

Consider this from U.S. Sen. Kelly Ayotte, who spoke at a recent event we hosted on Capitol Hill: "What I want my children to understand is, if you're in recovery, that you have courage, that we admire you, that it's no more stigma. What we want to do is get people help."

Or this from Dr. Mehmet Oz, host of The Dr. Oz Show, speaking at that same event: "When you realize there's a light at the end of the tunnel, it's worthwhile, but we need to tell the story. ... With the ability to free the wisdom of 20-plus-million people who are in recovery, we can make change happen in a very rapid fashion in this country."

On MSNBC's The Last Word with Lawrence O'Donnell this week, guest host Alex Wagner interviewed Gloucester, MA, Police Chief Leonard Campanello, who has helped 278 people who turned in their drugs go to treatment instead of jail, and Police Chief Fred Ryan from Arlington, MA, where officers aren't waiting for people to come forward but instead are hitting the streets to bring Naloxone and the option of treatment directly to those who need it most.

"A huge element of what we're trying to do is address the issue of stigma around addiction," he said. "The research is abundantly clear. When somebody is experiencing shame and guilt and the stigma of addiction, the likelihood of their recovery is exponentially lower. So we're trying to set the stigma aside. … a lot of us have used the word junkie … but nobody under my command will use that word again ... and we'll approach those suffering from addiction from a health care approach rather than from a criminal approach. … The conversation is changing."

Ms. Wagner closed the segment with this: "To never use the word "junkie" again represents a sea change in how we treat and talk about addiction."

In an earlier segment that day on Meet the Press Daily, presidential candidate Jeb Bush weighed in on the issue, as did host Chuck Todd, perhaps Washington's most prominent journalist. Todd said: "Voters are forcing them to make this conversation about drug treatment a priority. … Candidates didn't know they were going to be talking about this issue. Voters made them do it. … This is what presidential campaigns are supposed to be about—the voters telling the candidates what the priorities are."

It's starting to appear as if the core message and mission of advocates has managed to be fairly clear and consistent after all, despite the fact that we have been traditionally and frustratingly fragmented, widely dispersed and competitive. Upon reflection, we probably have established more cohesion than we realized around the message that addiction needs to be treated as a health condition, not a moral failure, and addressed as a significant public health crisis. In some ways, perhaps the lack of cohesion organizationally has served us well—getting this relatively consistent message out to all corners from all manner of sources. Maybe that's what "grassroots" actually is; maybe all politics still is local!

To get this far, no "one" needed to be a leader. We all did.

And we all do. To truly become a constituency of consequence, with sustainable influence, we recovery advocates need to continue leading wherever and whenever we can.  As the conversation grows, the path to organizing further and accomplishing more will open wider. And then, maybe cultural enlightenment will follow, and we will no longer shame people for a disease but, at the same time, no longer celebrate or ignore the conditions that provide fertile ground for the disease to grow.

For now, I hope recovery advocates are mobilizing in South Carolina and other early primary states to keep the issue front and center beyond New Hampshire. As many of us hoped when we gathered for the Unite to Face Addiction rally in Washington, DC on Oct. 4, it's very possible that "now is our time."

Jeremiah Gardner, director, communications and public affairs at Hazelden Betty Ford, is a person in long-term recovery with a master's degree in addiction studies and a background in journalism, public affairs, business and music. 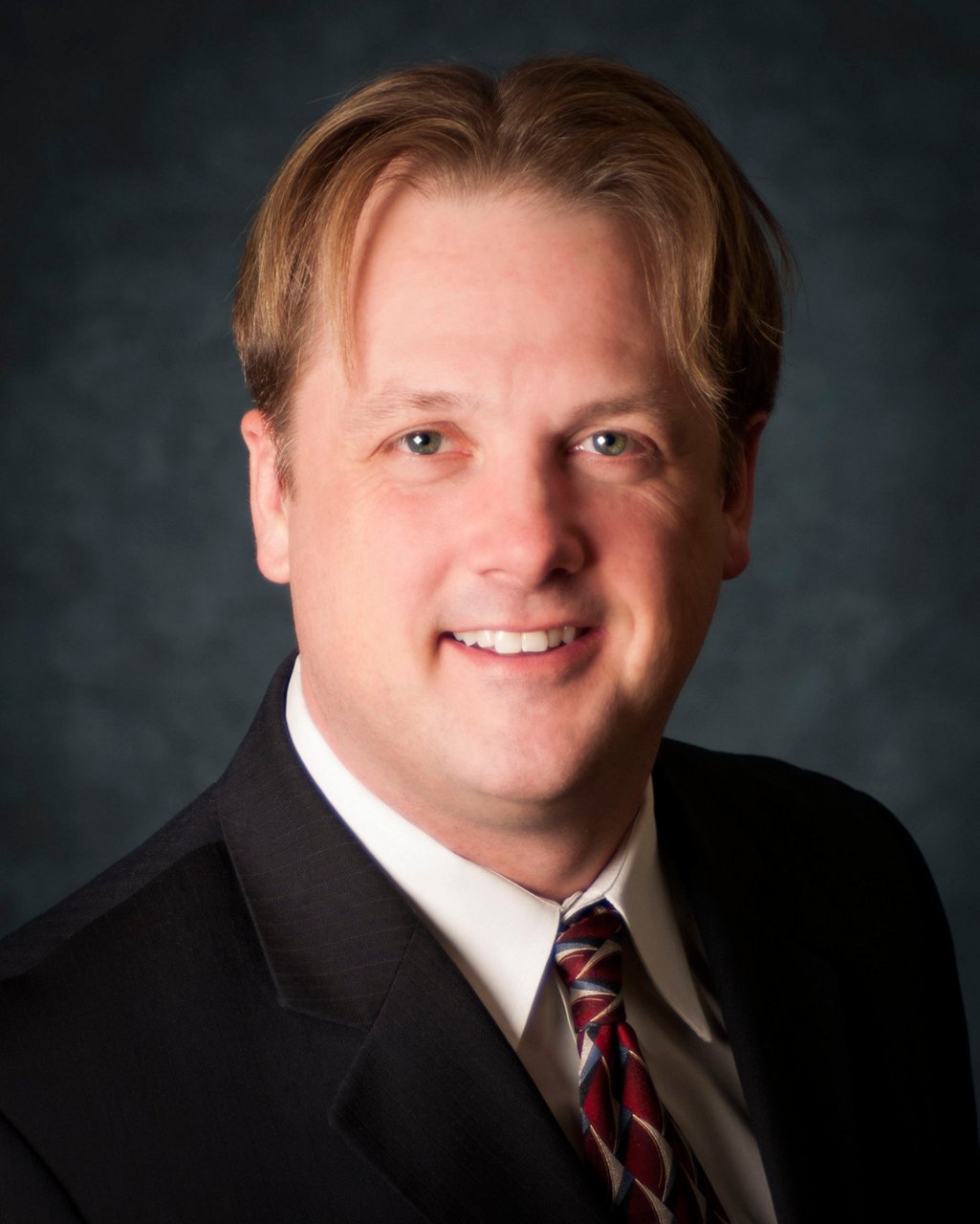 Want to learn more? Select a Tag to explore a particular topic or browse articles.